Interlegal commenced 2017 with the victory at LMAA arbitration 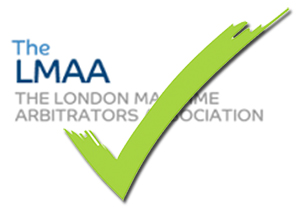 The foreign Shipowner applied to Interlegal due to the Charterer’s failure to pay the demurrage accrued according to the Charter-party and applicable standard proforma GENCON 1976. The demurrage arose under results of cargo loading at the Belgorod-Dnestrovski port (Ukraine) and discharge at one of the Gulf of Izmit ports (Turkey). The demand in demurrage recovery was grounded on principles and provisions of the applicable English law. The dispute was filed to LMAA for consideration.

Situation was complicated by the fact that the Notice of Readiness at the Gulf of Izmit was tendered en route, upon pilot acceptance on board the Vessel, as well as the cargo in fact was discharged at the port not expressly stated in the Charter-party.

In addition, the following vital issues arose during the dispute consideration: significance of violating the terms of filing pre-advice notices; availability of the nominated port with regards to peculiarities of harbor waters and port geographic location; tendering the Notice of Readiness outside the port geographic limits; estoppel in case of accepting invalid notice by charterers or their representatives without any reservations or objections.

The Charterer also appealed against arbitration jurisdiction and applicable rules of arbitration proceedings. The Charterer contested evidences submitted by the Shipowner and request the Tribunal to order to disclose documents provided neither by the Charter-party nor by the standard maritime practice of demurrage accrual.

During the arbitration proceedings, Interlegal experts proved lawfulness of the Shipowner’s demands. LMAA satisfied in full the claim submitted on behalf and in the interests of the Shipowner.