Today international maritime trade is one of the most popular business areas in Ukraine. International contracts are concluded every day, so the issues of their performance, in particular regarding goods transportation and delivery to the buyer often arise.

The widespread cargo carriage type is line container carriage. Cargo transportation in containers is quite attractive, first of all, due to quite small carriage cost and transportation in small lots. But, despite such attractiveness, line carriages cause certain commercial risks both for carriers and their clients — buyers and sellers under trade contracts.

Let us study such risks illustrated by case studies from our recent practice.

Supply and payment terms are essential for a trade contract conclusion. In respect of supply terms, sometimes parties to the trade contract agree to two-period types:

One of our clients concluded the grain supply contract (Moldavian origin). With regards to grain import restrictions valid in the import country from March 2017, the parties agreed that the goods shall be shipped in January 01-31, 2017, as confirmed by the supplier’s on-board Bill of Lading. Apart from the obligation to perform cargo shipment within the agreed period, the supplier also guaranteed certain period of delivery to the port of discharge.

While concluding contracts based on the English law, traders know that incompliance with guaranteed delivery periods entitles the buyer to declare the supplier as default, to reject cargo payment and to claim for damage recovery (price difference, payment of duties, additional freight/storage etc.). With regards to data provided by the line carrier, the supplier booked a place on board of vessel, stuffed cargo in containers and placed containers in middle January at the loading port terminal (Giurgiulesti, Moldova).

Since the above event occurred in winter, the Danube navigation was suspended due to bad weather which caused delays in cargo shipment on board of vessels. The carrier rejected issuing on-board Bills of Lading. Obviously the cargo would not arrive to the discharge port within the term agreed by the parties.

Such circumstances could be treated as force majeure but, first, the supplier had an opportunity to ship the cargo within the earlier period and, second, trade contract did not prescribe cargo shipment solely at Giurgiulesti.

Trade contract terms should be also taken into account. It was based on one of GAFTA standard proformas stipulating a certain procedure, list of grounds and terms for force majeure announcement. In the present case, this clause did not treat bad weather as force majeure and the supplier failed to notify the buyer in due time on cargo shipment obstacles beyond its control.

Despite several unfavorable circumstances and trade contract terms unprofitable for the supplier, due to correctly held negotiations and correspondence, we managed to settle the issue in favor of the supplier.

Vessel idle stay at the loading/discharge port is maybe the most widespread risk faced by cargo owners — line carrier’s clients. There may be various reasons, but mainly either one of the parties retains cargo documents or the supposed consignee declares on trade contract cancellation and cargo rejection due to certain breach of the trade contract.

It should be noted that carriage contract and supply contract are two different types of contracts sometimes setting forth different terms and conditions.

Under the sales contract, depending on the agreed basis of supply, risks and costs related to cargo may be transferred to the buyer from the moment of cargo loading on board of the supplier’s vessel and issuing the Bill of Lading. Meantime risk transfer under the sales contract does not release the supplier (the consignor under the Bill of Lading) from responsibility against the line carrier for demurrage payment at the discharge port.

Since the carrier is unaware of the sales contract terms, it may lay all its claims against anyone or everyone treated in its opinion as party to the cargo line carriage contract.

Everyone engaged in container carriage knows that line carriage terms provide the free of charge period of cargo stay at the discharge port. When such period expires additional payment for cargo stay shall be charged on a daily basis.

When it comes to such a common case in trade practice as cargo rejection by the Buyer, the consignee/Seller under the Bill of Lading may be responsible for cargo storage payment for the whole period until the dispute is settled. Demurrage accrued by the carrier may often exceed cargo costs.

It is difficult to decide: either to leave cargo with the risk to be entered in the carrier’s blacklist or to make payment in order to save reputation and opportunity of further cooperation.

It is fair to say that sometimes line carriers are ready to provide discounts for the demurrage amount, but such a process is selective and unclear.

In our practice, our client faced a similar situation and, without any hope to receive some earnings from the sale, was ready to pay most of the demurrage in case of a discount. Long-term negotiations based on the client’s position brought him such a discount.

One of our recent cases illustrates, from one hand, our pride, since we managed to defend at all the court instances the Ukrainian jurisdiction and the Indian carrier’s interests in Ukraine and, from the other hand, the importance of details and correct document execution for the carrier while cooperating with clients.

The Indian carrier, at its client’s request, performed a set of carriages of construction equipment and spare parts in containers from India to Ukraine with several line carriers engaged. The Indian carrier also owned containers used for cargo transportation. House Bills of Lading were issued in order to confirm cargo acceptance for carriage. The customer was stated in the Bills of Lading as the consignee. At the moment of cargo delivery in Ukraine, freight was paid only partially and the carrier intended to retain cargo until full payment. But the consignee neither paid the debt nor was interested in cargo. The carrier’s containers with the customer’s cargo stayed idle at the terminal for over a year. At the moment of filing a request to Interlegal, overdue payment for container use exceeded $1,000,000.

Under the results of case consideration, the Ukrainian court stated that there were no grounds for claim satisfaction based on the following arguments:

Apart from misunderstanding basis and essence of overdue payment accrual for container use and idle stay (demurrage/detention), the Ukrainian courts are unable to accept the fact that line carriage terms are stipulated in the agreement treated as adhesion contract whose terms are set by one of the parties in blanks or other standard proformas, while the other party is not entitled to propose its own terms and conditions. We may summarize surely that risk is treated commonly as an integral part of trade activity. It is known even from manuals that everyone makes business at his own risk. Maybe it is impossible to eliminate risks in full, but we are able to minimize them. Here the principal instrument is full understanding of trade specifications — forewarned is forearmed. Risk management is the major task all entrepreneurs face. 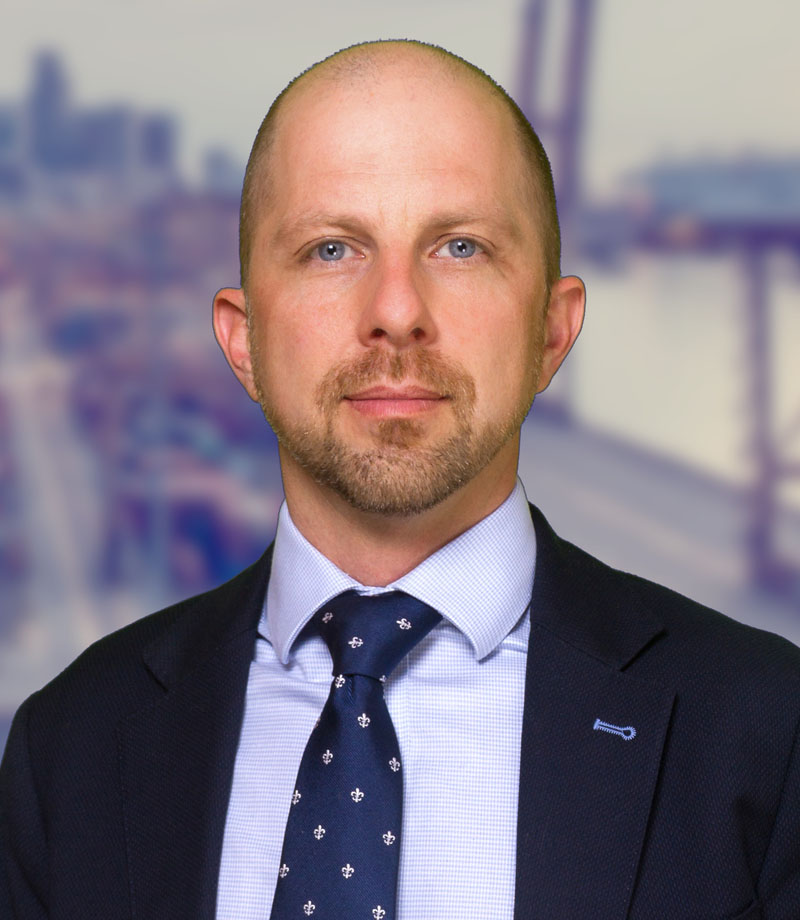 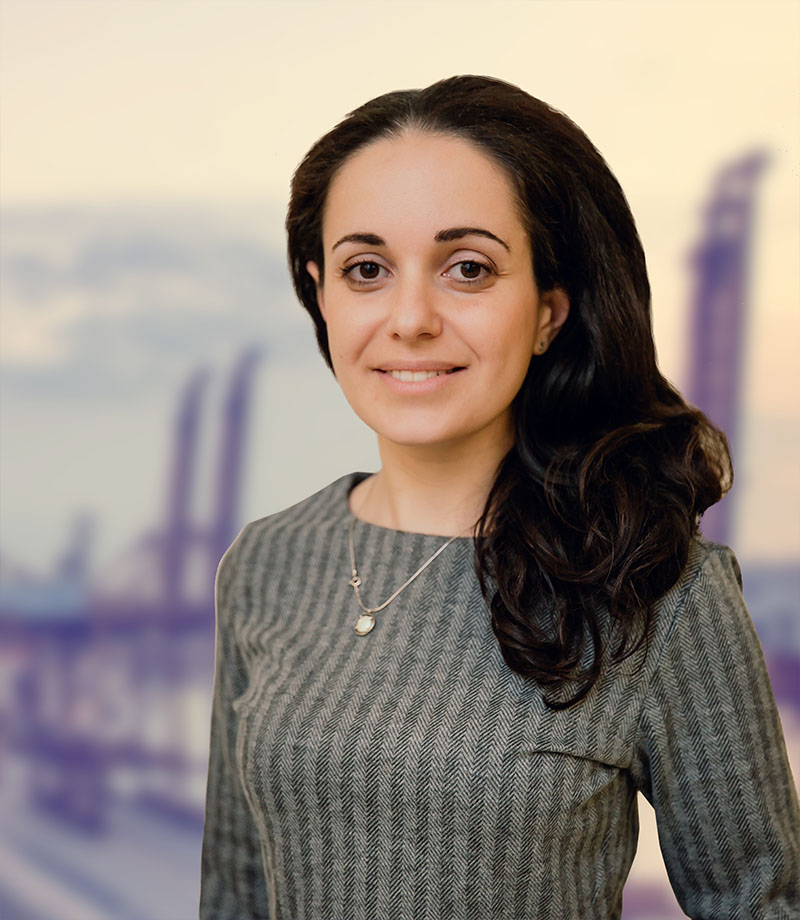