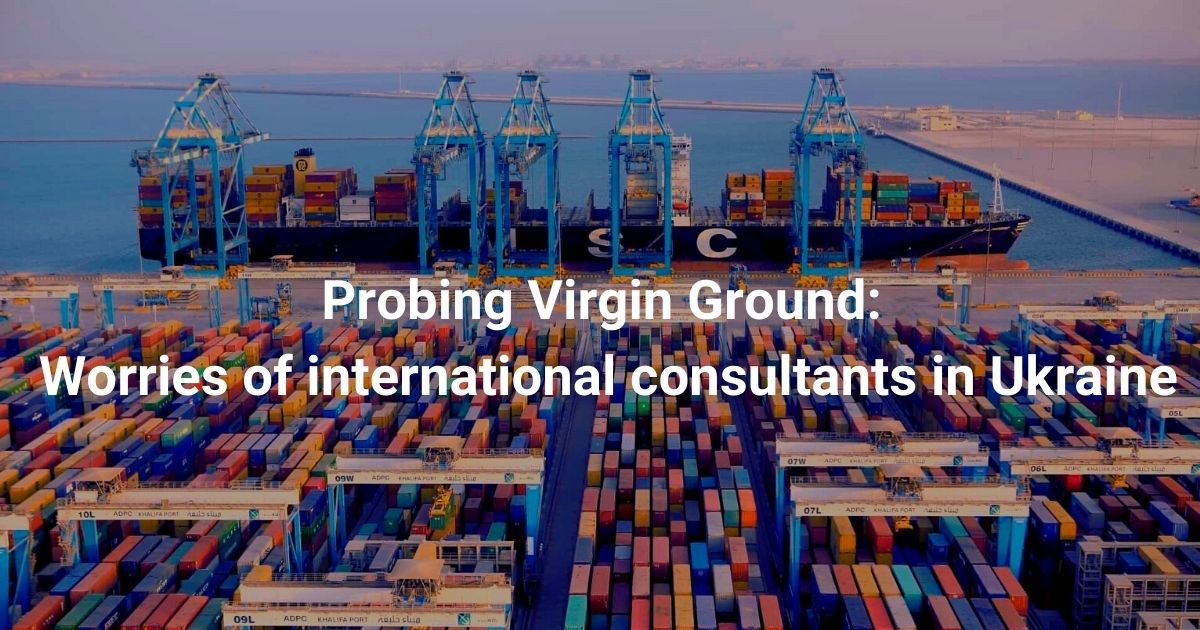 Ukraine’s long proclaimed struggle for the foreign direct investments (FDI) during the last year has acquired more distinct outlines as several legislative initiatives came and some coming in force soon.

Say, last summer President of the state Volodymyr Zelensky announced the idea of widest privileges to be granted to the foreign businesses assigning considerable (€20M+ / 80+ jobs / wages 115%+ of the average for the region/industry) investments in the country. This project was widely commented upon and gained the nick ‘investment nannies’: it is the novelty called ‘investment manager’ setting certain responsibilities to support the project on an authority or even an official appointed to lead an investment project through the red-tape labyrinth. And in February he has signed the law passed by Verkhovna Rada (the parliament) of Ukraine, envisaging such privileges as exemption from the companies’ profit tax and the customs for new equipment (machinery) imported into Ukraine, as well as granting rights for land plots use to realise the investment project, securing it with the adjacent infrastructure objects like roads and power mains, etc. There is already an example of the Canadian company Black Iron Inc. which is committed to involve a large investor in the development of its iron ore mine in Ukraine bought as a prospective asset yet requiring large funds to be invested.

Heads up to new projects

Another line of Ukrainian government is directed to infrastructure objects such as sea and air ports, rail and motor roads that are to be transferred to concession. The brand new Law of Ukraine on Concessions that takes into account the latest PPP (public-private partnership) experience was adopted in October 2019 after 2 years of consideration. As a follow-up to this Law, Ministry of Infrastructure of Ukraine has advertised its set of public assets open for concession tenders. The first two pilot projects in the sea ports of Kherson and Olvia (south of Mykolaiv) are already on, waiting for the completion of formalities. They had been prepared under the old law yet successfully conducted with the help of IFIs: the World Bank’s International Financial Corporation (IFC) hired the proper consultancy for the both projects’ Feasibility Study (FS) developed, through a tender won by the consortium of Castalia (Australia), EY Ukraine, MTBS and Tebodin (the Netherlands), et al.

Further on, last year the pre-FS tender was conducted by the EBRD on the concession of six berths of Chornomorsk Port (former container terminal), and the tender on the same port’s railway ferry complex concession FS was held by the sectoral body Ukrainian Sea Ports Authority (USPA) via the special governmental online platform Prozorro. Nevertheless, it was finally cancelled because of numerous discrepancies and complaints by bidders, mostly the foreign ones. Anyway, there are new projects to come with new tenders under the same rules and procedures set up by today, and the entire situation seems like keeping as it is.

We took part in some tenders through Prozorro system as local assistants to our abroad partners and have examined this machinery well enough to prepare the observations below.

Heads down to mind the gap

First of all, a bidder shall certify Power of Attorney for the person namely representing him in this particular tender. The employers requesting for proposals – in our case USPA – tend to strictly prescribe certification of both the person authorised to undersign the tender documentation and the person having authorised the former on behalf of the bidder as a legal entity.

Second, the requirements regarding electronic signatures have certain national peculiarities. Since all the bidding procedures run online at the dedicated platform, the tender documentation should be undersigned electronically. Yet, the e-signature must be either issued in Ukraine, or by the country Ukrainian government has the mutual recognition agreement, according to the relevant law and governmental Act by 23.01.2019 No. 60. There is no such agreement signed for the moment. Otherwise, a foreign bidder may apply to the freshly established authority named Ministry of Digital Transformation, so that it checks the e-signature issued abroad, the issuer’s reliability, and consequently releases its official recognition. Certainly, it would take a lot of time, while bidders usually have about one or two months from the announcement to deadline. Of course, a foreign bidder may issue the PoA to its local representative who possesses the duly issued Ukrainian e-signature. However, the employer can deny it because the person in question represents a legal entity but apply the e-signature of a physical person, or accept his/her personal e-signature provided he/she is officially employed by the bidding company. There are more fences than gates, as one can see.

Another hidden reef concerns bidders’ mandatory experience record: some employers may craftily build the wording of such requirements the way that only the analogous experience in Ukraine counts, but this would be the case of overt setting-up in favour of a certain bidder, which can be successfully appealed against through the court – of course, there must be good local lawyers in charge.

The same concerns another common requirement i.e. the language requirements. Indeed, notwithstanding the tender announcement and conditions are always duplicated in English, the bidder’s whole set of documents must be submitted in Ukrainian. It is clear that all the originals are in different languages, therefore their translations must be submitted duly notarized in Ukraine, or legalised by Ukrainian diplomatic or consular missions, or apostilled.

And last but not least there comes the bank guarantee (BG) requirement. By the way, that was the reason of declining our partners’ participation in one case. The amount must be strictly the same as set in the bidding requirements i.e. in the Ukrainian Hryvnia (UAH) or in any foreign currency rated by National Bank of Ukraine (NBU). The trap is that the equivalent amount in a foreign currency must correspond to the amount in UAH by the NBU rate at the auction date. And a considerable tilt of it hardly can be foretold. The best option is finding a bank able to issue the BG in UAH. Another one involves a local partner whose bank can issue such a voucher for an alien entity. Anyway, there are chances, at least if a BG issued covers double the required amount, the rate does not change that radical, and the employer puts a blind eye on it judging the BG anyway covers the needed sum.

Attitude is a little thing that makes a big difference, as Sir Winston Churchill once said.

Heads straight: everything can be handled by good hands

Yet, calmly exhaling after you have solved the problem with BG amount, currency and rate, please inhale again and make sure the text of your BG is identical to the one required by the tender conditions. Any discrepancy even in a word might cost access to the auction.

Summing up everything set forth above, we’d like to remind you the wise words by the same Sir Churchill: Success is not final, failure is not fatal: it is the courage to continue that counts. 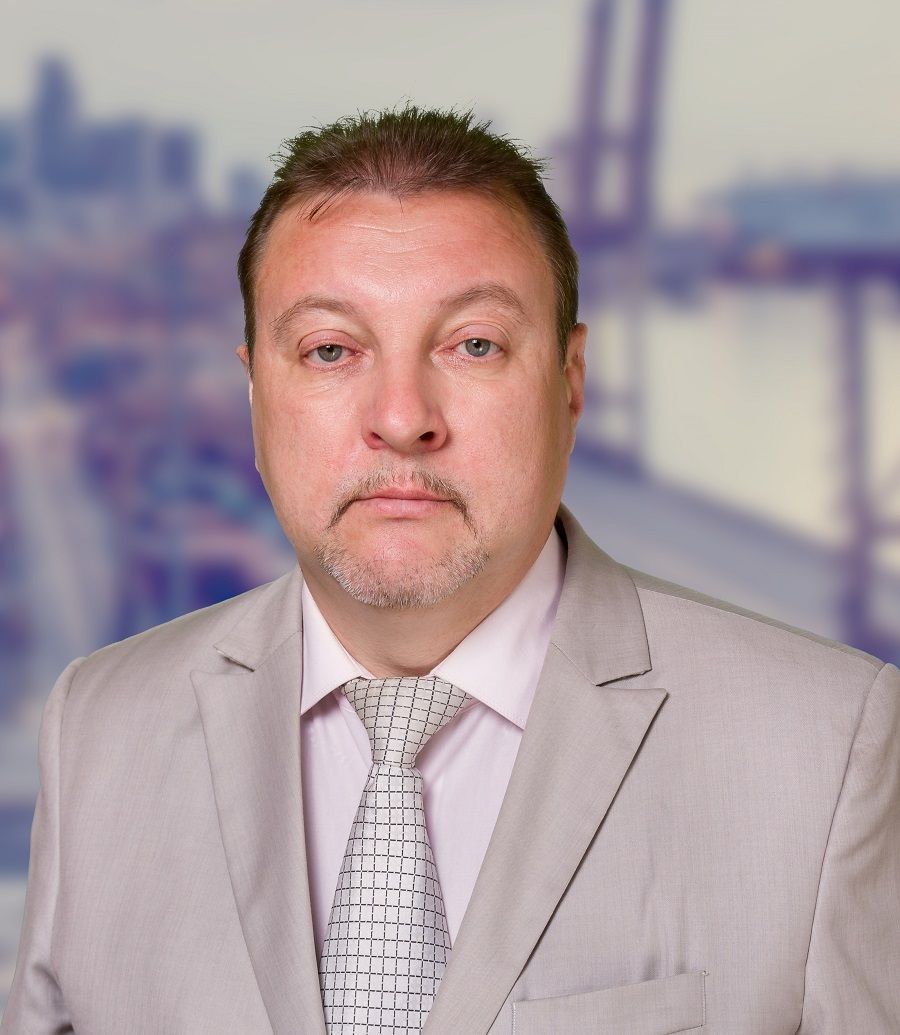