US and EU sanctions for vessel passing the Kerch Strait

Based on our practice for the recent years, we decided to draft a review upon standard issue being studied for many times, namely: EU and US sanctions imposed on Russia due to the latter’s aggression against Ukraine, but we have considered it in view of impact of such sanctions on the shipping companies’ interests.

Sanctions of such jurisdictions are certainly not the only ones in the world upon this issue, but they do have a real impact on economy and can affect interests of the persons engaged in international shipping.

Shipping companies are a particular subject of such sanctions, as they may not be direct entities of US or EU sanctions, although the aforesaid restrictions will anyway affect their interests, as shown by our several case studies.

As for US sanctions, they are imposed by presidential decrees, the Support for the Sovereignty, Integrity, Democracy, and Economic Stability of Ukraine Act of 2014 (SSIDES), the Ukraine Freedom Support Act of 2014 (UFSA). In the US there is a special body responsible for control over the above issue: Office of Foreign Assets Control of the US Treasury Department (OFAC).

It should be noted that US sanctions usually have no exterritorial effect, while prohibitions imposed by the sanction regime shall apply to US persons only. The term US person means any citizen of the United States of America, a foreigner having permanent residence in the US, an entity incorporated under the US law or under any jurisdiction within the United States (including foreign branches), and all the persons physically located within the United States.

With regards to the aforesaid, there is no direct jurisdiction of the US / OFAC regarding foreign persons (i.e. citizens of a foreign country, entities incorporated under the laws of foreign states, etc.).

But it is a well-known fact that each transaction with US financial institution engaged shall be governed by OFAC rules and shall be subject to review of sanctions. Since US financial institutions are strictly regulated and are subject to periodic inspections, almost all US banks support sanction compliance programs that include review of sanctions against customers and transactions. If the US correspondent bank that conducts a transaction knows or has reason to know that a certain person or entity engaged in bank transfer or referring thereto is subject to US sanctions, such bank shall be responsible if it fails to take appropriate measures in order to make sure that cost remittance was blocked. Thereafter, the US bank shall notify OFAC on the blocked/rejected transactions as soon as possible.

With regards to business aspect, it means that enterprises shall be aware of sanctions and shall not apply the US financial system for sanction-related activities.
In the context of shipping, the US sanctions concerning the Crimea are the most vital ones. They prohibit the following:
- new investments in the Crimean region of Ukraine by US person or US legal entity, wherever they are;
- import of any goods, services or technologies from the Crimea to the US, directly or indirectly;
- export, re-export, sale or supply of any goods, services or technologies from the US to the Crimean region, directly or indirectly;
- any approval, financing, assistance or warranty from any US person, wherever they are.

However, EU sanctions are imposed for a limited period not exceeding one year and sometimes for six or even three months only. Upon expiry of such period, the EU shall review the current situation and shall make a decision, whether to extend sanctions or not.

As for the Crimea, they similarly impose restrictions on economic relations with the occupied Crimean peninsula. The EU prohibited both natural persons and companies based in the EU to import goods, to export certain goods and technologies and to provide tourist services in the Crimea.

In particular, Clause 2 Article 2 of the Council Decision 2014/145 / the Common Foreign and Security Policy (CFSP) dd. the 17th of March 2014 prescribes the following: “Neither funds nor economic resources shall be available, directly or indirectly, in favour of natural persons or legal entities or authorities listed in the Annex thereto”.

Specification of applying EU sanctions in practice is the following: they do not provide direct negative effects in view of charging penalties, for those who violate the above sanctions. Their effect shall be secured by means of mandatory implementation of sanctions legislation by EU Member States whose regulatory acts stipulate clear rules and responsibility for violation thereof.

Understanding our logic, passage of the Kerch Strait by vessels is a bright example of possible financing (or other financial impact) in favour of maritime business entities being subject to sanctions.

Therefore, vessel transit through the Kerch Strait, as well as carriage of goods on board thereof anyway cannot be regarded as a prohibited activity.
In such case, a vital issue arises in respect of port dues, namely in respect of the persons acting as ultimate beneficiaries of such port dues.

With regards to ultimate beneficiary of funds, it should be noted that State Unitary Enterprise of the Crimean Republic “Crimean Sea Ports”, mentioned in both the US and EU sanctions lists, in practice did not act as beneficiary in the framework of international cost remittances.

According to the latest wording (valid since 03.08.2019) of the Order of the Ministry of Transport of the Russian Federation No. 387 dd. 31.10.2012 “On approval of the list of port dues levied at the sea ports of the Russian Federation”, Federal State Unitary Enterprise “ROSMORPORT” is entitled to charge fees for vessels passing through the Kerch-Yenikali Canal.

Therefore, payment of port dues during passage of the Kerch Strait is not deemed as formal violation of sanction restrictions.

Actual options, when such cases may occur in certain circumstances, are the following:
- a legal entity facilitating payment of the port dues (owner / charterer / ship manager) is registered in the USA (or in the EU) and therefore shall comply with the sanctions regime;
- beneficiary is an entity mentioned in the SDN / SSI list (or EU list of specially designated nationals);
- a business entity engaged in rendering services is incorporated in Crimea and therefore is directly treated as the subject of sanctions;
- the goods being transported by vessel are of the Crimean origin.

Today there are no other global reasons to worry while facilitating passage of the Kerch Strait, from the aspect of global sanctions.
It should be noted that sanctions regulation concerns not only shipping companies but also companies financing their activities by any means (e.g. various banks). Therefore, special attention should be drawn to the latter ones, in respect of conditions whereunder shipping companies operate.

Of course there are much more issues related to application of sanctions imposed by the EU and the US, although all of them can be settled by means of thorough analysis, as shown clearly by our experience.

Large shipping companies as well as banking institutions have employed experts in sanctions regime, but the specific nature of sanctions in maritime shipping industry requires for additional special skills (such as determining status of strait or entity being entitled to pay port dues at certain sea ports, etc.), which may prevent from making gross mistake and, as the result, bearing too high expenses.

Therefore, Interlegal is ready to assist you in analyzing all the possible business risks, to create a work flow chart and to give answers to any questions, actually or potentially related to US and EU sanctions. 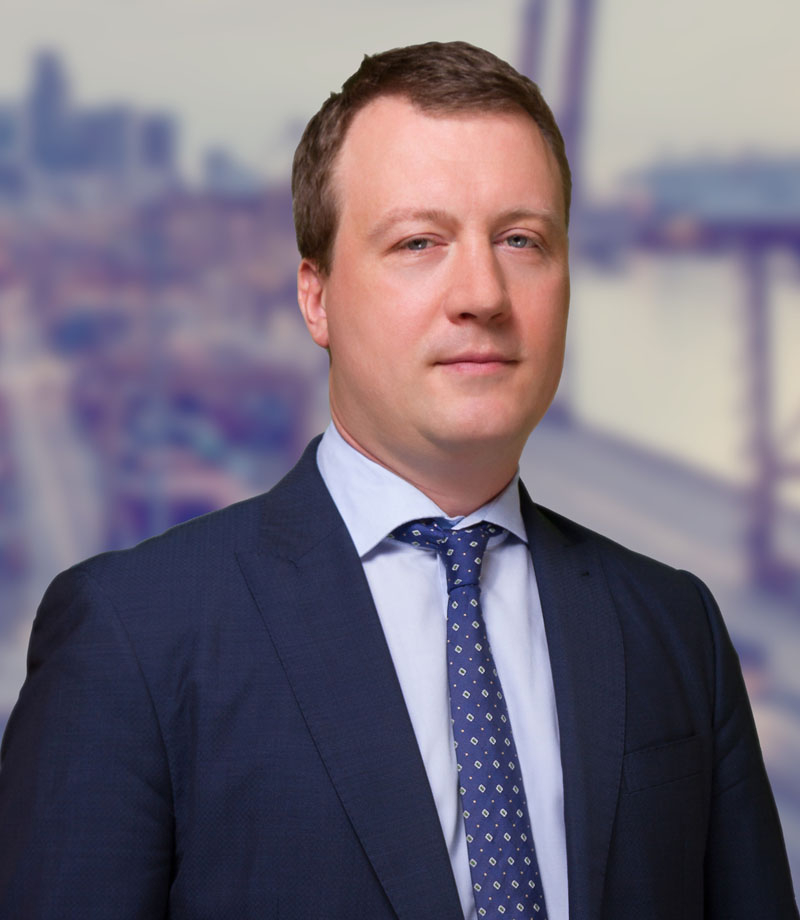 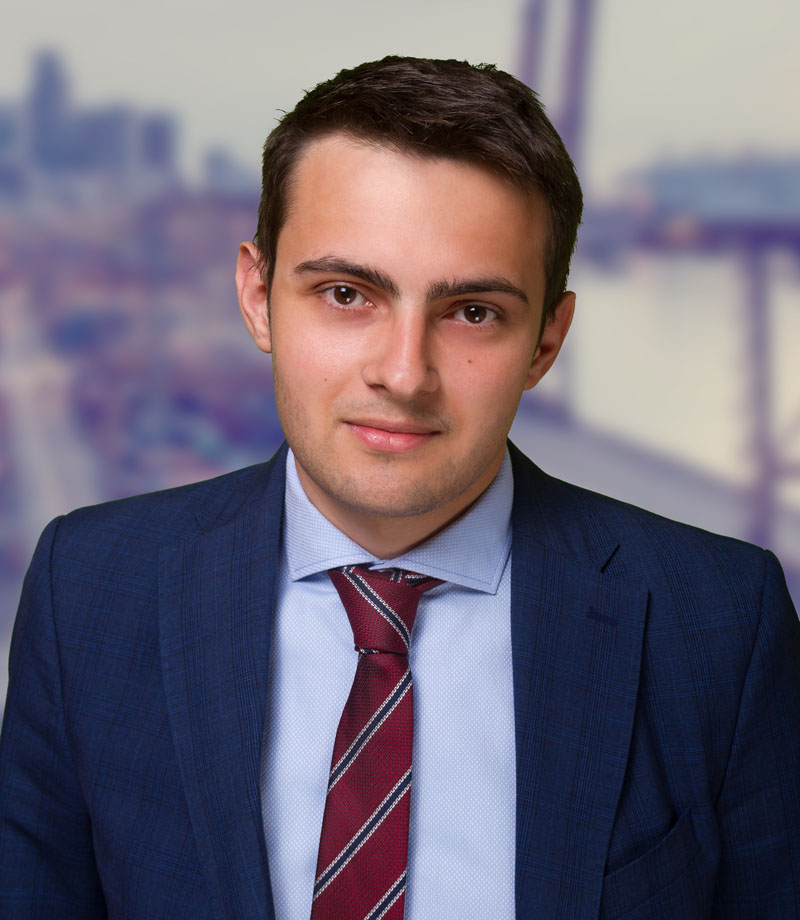