The demurrage begins with…

A foreign Shipowner applied to Interlegal due to non-payment of demurrage by the Charterer, accrued in accordance with the Charter Party and applicable standard proforma GENCON 1976. Demurrage arose from the cargo loading at Belgorod-Dnestrovskiy Sea Port (Ukraine) and discharge at one of the Izmit Bay sea ports (Turkey).
Demurrage claim was based on principles and provisions of the applicable English law. 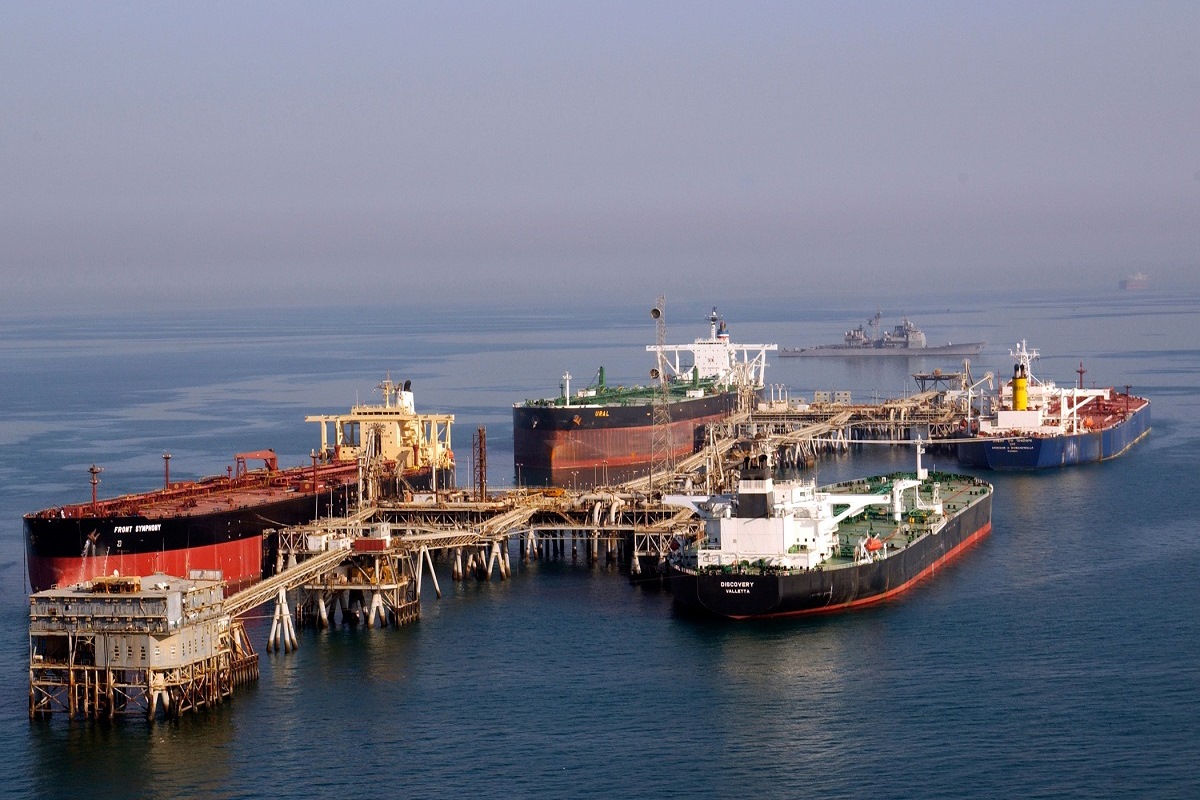 Situation was complicated by the following factors, due to geographic peculiarities of both sea port locations:
• at the loading port, with its capacities located at the Dniester Liman (Estuary), the Vessel served Notice of Readiness while staying near the bridge and waited for the port authority’s approval for further sailing and berthing for several days;
• at the discharge port, the Vessel served Notice of Readiness in the Izmit Bay en route, with pilot on board at the pilot station at the entrance to the bay, followed by the cargo discharge at the sea port not stipulated by the Charter Party.
The dispute between the Parties touched laytime and demurrage calculation.
With reference to geographic peculiarities of both sea ports, the Charterers stated that NOR were served prematurely and were invalid. They contested also the moment of laytime commencement: it should be calculated from the moment of loading. Therefore, they rejected the fact of demurrage under the Charter Party.
The dispute was settled by the London Maritime Arbitrators Association (LMAA).

During the arbitration proceedings, the Charterers justified their position by reference to the following standard cases: E.L. Oldendorff & Co. G.M.B.H. Appellants v Tradax Export S.A. Respondents (The Johanna Oldendorff) [1974] A.C. 479 at p.535; Glencore Grain Ltd. v Goldbeam Shipping Inc. (The Happy Day) [2002] EWHC 27 (Commercial). The Charterers state that the vessel was not deemed as arrived ship at the moment of serving Notice of Readiness, due to absence of the following:
• geographical arrival (i.e. loading and discharge places prescribed by the contract);
• actual readiness (i.e. the vessel fully ready to loading or discharge and managed by the Charterers);
• triggering off laytime (i.e. NOR served in the manner prescribed by the contract).
Also the Charterers noted that the term arrived should be treated with regards not only to the Parties’ commercial goals but also to actual geographic specifications of each certain sea port.
As for Belgorod-Dnestrovskiy Sea Port, the vessel should be deemed as arrived only after the vessel passed the bridge and followed the Dniester Liman (Estuary) till the moment of berthing.
As for the Izmit Bay sea ports, the vessel should be deemed as arrived while staying at the roadstead/anchorage of the sea port set forth in the Charter Party – neither en route nor at the pilot station at the entrance to the bay.
Therefore, the Charterers state that there was arrived ship neither in the first nor in the second case, so served NOR were invalid. Also, since the Shipowners failed to serve NOR upon arrival once more, laytime commenced from the beginning of loading/discharge. Vessel idle stay till that moment should be borne solely by the Shipowners.

Meantime Shipowners treated the Charterers’ arguments and justifications as incompliant both with the Charter Party (as for serving NOR) and with actual case circumstances, and therefore provided their own counterarguments to the arbitration for consideration and assessment.
Special attention was drawn to NOR serving procedure, as agreed between the Parties based on WWWW clause (whether in berth or not, whether in port or not, whether customs clearance or not, whether in free pratique or not), as well as to special terms for applying standard proforma GENCON 1976.
In accordance with GENCON 1976, NOR was accepted on behalf of the Consignors at the loading port and by the Charterers themselves at the discharge port.
Shipowners stated that the loading port (i.e. Belgorod-Dnestrovskiy Sea Port) was available with regards to specifications of its water area and geographic location. Pursuant to Resolutions of the Cabinet of Ministers of Ukraine No. 460 dd. the 14th of May 2008 “On Belgorod-Dnestrovskiy Sea Port water area boundaries” and the Sea Port Mandatory Regulations, its water area boundaries officially include the railway bridge. While nominating such sea port, the Charterers took into account both the berth location and the railway bridge in the approach thereto.
Furthermore, the Charterers guaranteed in the Charter Party 1 GSBAA (good safe port berth always accessible) for each sea port. As stated in Shipping Development Corp. v. V/O Sojuzneftexport (The Delian Spirit) [1972] 1 Q.B. 103, if the charterers guaranteed the berth always accessible, such guarantee shall be equal to absolute guarantee of the vessel arrival to such berth in due time.
In the Izmit Bay, Notice of Readiness was served near the pilot station – the vessel’s ordinary waiting site in this navigation area. Shipowners never gave false information about time and place of serving NOR. Charterers accepted NOR personally, without any objections, which shows validity of such notice in accordance with long-term English precedent practice.
In addition, Shipowners compared this case with one of LMAA published cases, in the framework whereof Notice of Readiness, being served at the pilot station (75 nautical miles away from the loading port) was recognized as valid. In our case, Notice of Readiness was served at the pilot station 7 nautical miles away from the discharge port). As shown by such distance (7 nautical miles) with regards to filing NOR at the pilot station near the sea port, in fact the vessel was in immediate and effective access/disposal of the Charterers and was ready to discharge.
Therefore, Shipowners insist on treating the vessel as arrived (both at the loading and discharge sea ports) from the moment of serving NOR – i.e. laytime commencement, followed by demurrage accrual upon laytime expiry, with full demurrage amount claimed at the arbitration.
The following vital issues arose in the process of dispute consideration: pre-advice delivery terms and vessel acceptance of instructions from the Charterers’ agents at both ends (CHABE) and their subagents. The Charterers had doubt concerning the Shipowners’ evidence and asked to provide documents stipulated neither by the Charter Party nor by the ordinary maritime practice for demurrage accrual.
Despite case complexity and the Charterers’ active position, arbitration proceedings resulted in proving lawfulness and feasibility of the Shipowners’ claims.
Arbitration tribunal agreed in full with the Shipowners’ arguments in respect of loading port, accepted and recognized as correct laytime calculation by the Shipowners with regards to the loading port geography and designated water area.
As for discharge port, arbitration tribunal also supported the Shipowners’ legal position, having motivated its award as follows:
First, arbitration tribunal highlighted the following: “…the Vessel served Notice of Readiness not at the anchorage … but earlier, with pilot on board … en route. Therefore, such Notice of Readiness shall not be treated as valid, since the Vessel en route cannot be in immediate and effective access/disposal of the Charterers”.
But the fact of NOR invalidity itself does not mean that laytime should be calculated from the moment of the vessel further berthing and commencement of cargo operations. Arbitration tribunal states that the Shipowners are entitled to refer to Clause 6(с) of GENCON 1976, providing that time lost in waiting for berth to count as loading or discharging time. But such clause is neither based on serving Notice of Readiness nor depends on such NOR validity.
Arbitration tribunal stated: “Laytime is launched by waiting. If the vessel approached the destination place as closely as possible and is ready to sail before the berth becomes available, it shall be deemed as waiting for berth with regards to this clause, and from that moment waiting time shall be calculated in the same manner as laytime. In other words, laytime mode shall apply to waiting time and any exemptions from laytime shall be exempted from waiting time too”.

Finally, arbitration tribunal referred to the fact noted by shipowners for several times: the Charterers accepted the invalid Notice of Readiness noted “as per C/P” but without any objections regarding the facts stated therein. Thus, the Charterers are entitled to interpret the NOR statements in accordance with the Charter Party, without any assessment or doubt regarding their content. In other words, since the Charterers accepted NOR they were deprived from the right to contest their validity in future, including by reference to sea port location peculiarities.
Arbitration tribunal satisfied in full the claim filed in the interests and on behalf of the Shipowner.
Our principles of cooperation with clients do not allow us to disclose company names and other confidential information.
Sharing is caring.